Sword duels and international intrigue. Kidnappings and political machinations. Wars, adventures, and power struggles. The Three Musketeers kicks off the d’Artagnan trilogy with a bang. Written and published in 1844 by French author Alexandre Dumas, it includes just about everything you could ask for from an adventure novel. During the Thirty Years’ War, a young man named d’Artagnan desires to become part of the military force that protects the royal family of France: the army known as the musketeers. His aspirations become complicated when he stumbles across an assassination plot involving the villainous, power-hungry Cardinal Richelieu and the seductive, manipulative Milady de Winter. It is one of Dumas’ earliest and greatest novels, and has never lost its popularity or its impact on Western culture. 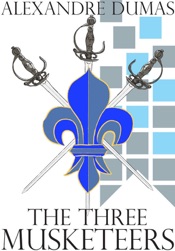